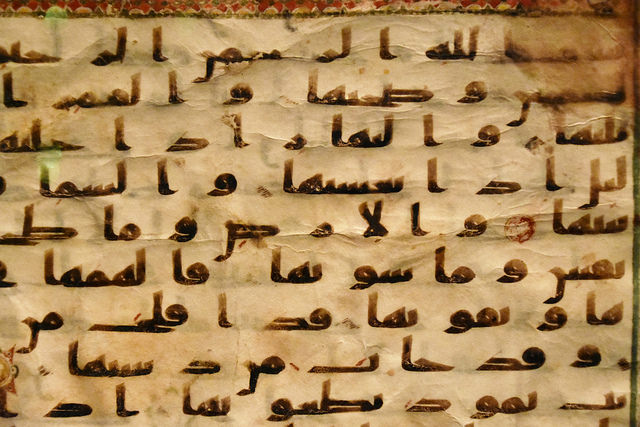 There is limited knowledge of numerology in the Quran due to the small number of translation of texts into English. However numerology in the holy text is a reality where it is recorded: “[Allah] is the Knower of the unseen and He does not manifest [His knowledge] of the unseen to anyone except messengers who he chooses and then He appoints [angels as] watching guards before them and after them [so that devils will not convolute the message] so that He knows that they (the angels) have conveyed the message of the Lord. And He has encompassed all that is with them and has numerated all things by numbers” (72:26-28).

Numerology in the Quran utilized the counting of individual letters, words, verses and chapters as well as hisaab al-jummal, known also as gematria or Abjad calculation which is the assigning of values to individual letters, and other methods as well. We will begin by examining Surat an-Naml, or the Chapter of the Ant, which includes a narrative, among other things, the Prophet Solomon’s dialogue with an ant (hence the name of the chapter) and the story of the Queen of Sheba.

The chapter itself is the 27th according to order of the chapters and contains 93 verses. It begins with the al-huroof al-muqata’a (independent letters), or the individual letters with unapparent meaning, letters (ط) and (س). Interestingly the letter (ط) occurs 27 times in the chapter and the letter (س) occurs 93 times reflecting the order of the chapter and the number of its verses. What’s more, if you calculate the jummal value of the word naml, or ant for which the chapter is named, it equals 120 (which is 50+40+30) and this is also the total when the chapter number and verses number are added as well as the number of times the two letters at the beginning of the chapter when added together (27+93).

Also of note is the fact that this chapter includes the basmala, or the wording “In the name of Allah the Most Compassionate, the Most Merciful,” two times. All other 113 chapters only contain this phrase once except Surat At-Tawba, or the Chapter of Repentance, which is the only chapter not to include the phrase. If you begin counting from this chapter, which is the 9th, until the Chapter of the Ant, the 27th, it equals 19. The difference between the numbering of the two chapters is 18 (27-9). Now if we add the total value of the number of the chapters from the Chapter of Repentance to the Chapter of the Ant (9+10+11+12…+27) it equals 342 which is the value of 19 multiplied by 18 as well and it is only this addition of sequential numbers that will add up to 342.

Finally it is noteworthy that the word ant (an-naml in Arabic) only occurs in the Quran once and it’s in the 18th verse of the chapter which itself contains 19 letters. It should also be mentioned that the number 19 is very significant in the Quran and it deserves its own post for further examples.

This is just a brief example of the numerological miracles in just one chapter of the Quran. I will try to add further examples in the near future. Arabic speakers who are interested to read further are encouraged to visit the website of the Noon Center from which this article was adapted from one of the published articles.

The photo is of an ancient Syrian Quran parchment written in Kufic script dated to the eighth century CE and is courtesy of Flickr user Richard Morel and subject to use under the conditions of the Creative Commons.

I received a lot of good feedback and interest on my last post on herbalism and traditional medicine so I’m planning to write a few more follow up articles. Please stay healthy and safe and share your comments!